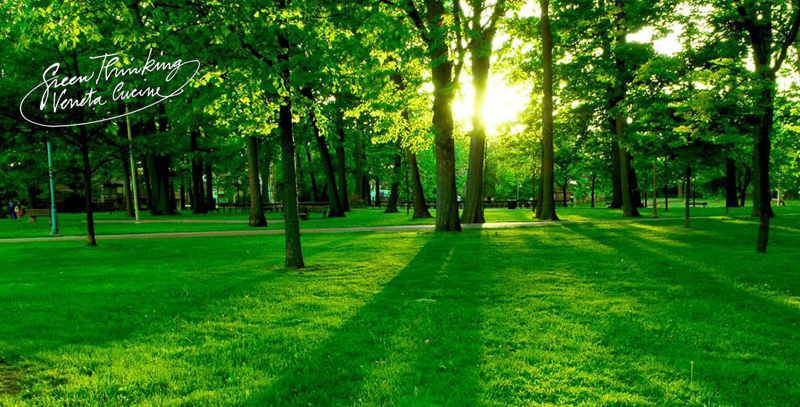 One of the most interesting new ideas is BBS® Bacteria Blocker Silverguard, produced by and created for an antibacterial treatment using silver ions. The surfaces of laminates are given this treatment, which reduces bacterial growth by 99.9%.

The only anti-pollution and antibacterial ceramic material in the world certified iso.

ACTIVE Clean Air & Antibacterial CeramicTM is the only photocatalytic, anti-pollution and antibacterial ceramic in the world with ISO 10678: 2010, ISO 27448-1: 2008, ISO 27447: 2009 , ISO 22196: 2011 e UNI 11484: 2013 certifications. ACTIVE slabs purify the air from dangerous pollutants, eliminate bacteria that can cause serious illnesses, destroy the molecules responsible for bad smells, and are easier to clean thanks to their hydrophilic properties. All of this is possible because titanium dioxide (TiO2) is applied to ACTIVE Clean Air & Antibacterial CeramicTM slabs, transforming them into a photocatalytic material. Photocatalysis on ACTIVE slabs means that, in the presence of air, humidity and light, a powerful oxidative process takes place that leads to the decomposition of organic and inorganic contaminants that come into contact with ACTIVE surfaces.

Titanium dioxide (TiO2) is applied to ACTIVE slabs in the form of micrometric particles and by means of the digital printing technique, which allows for a completely homogeneous distribution of the particles of TiO2 on the surface of the slabs. These particles are fixed on the slabs at high temperature (in the industrial kiln at 680° C). Upon leaving the kiln, the slabs are washed and brushed vigorously to remove any TiO2 particles that might not have adhered to their surface. The micrometric (rather than nanometric) dimension of the TiO2 used in this process prevents health and environmental risks during manufacture. In addition, the ink’s composition and the fixing at high temperature of the TiO2 on ACTIVE Clean Air and Antibacterial CeramicTM slabs make the surface of these slabs unaltered and extremely resistant to abrasion caused by traffic (even by heavy traffic). This guarantees a long-term photocatalytic efficacy.

ACTIVE maintains ACTIVE’s four photocatalytic properties (antibacterial, anti-pollution, self- cleaning and anti-smell). However, the addition of silver to titanium dioxide in ACTIVE reinforces these four properties. The presence of silver in ACTIVE also ensures:

ACTIVE photocatalytic process leads to the decomposition of up to 99.99% of the bacteria that come into contact with the slabs, from the most common bacteria, such as Escherichia Coli, to the most dangerous ones, such as Methicillin Resistant Staphylococcus Aureus (MRSA).

ACTIVE has bactericidal properties even in the dark and under LED lights, thanks to the combination of titanium dioxide and silver, which improves and reinforces the bactericidal action.

The photocatalytic process converts the volatile molecules of dangerous pollutants, such as nitrogen oxides (NOx) and volatile organic compound (VOCs), into harmless substances.

ACTIVE is capable of degrading the molecules of dangerous pollutants in a more effective and powerful way thanks to the use of the digital printing technology, which allows for a more homogeneous distribution of titanium dioxide and silver on the surface of the slabs.

Quick and easy cleaning, with consequent reduction in the use of aggressive and expensive detergents.

Thanks to the photocatalytic properties of ACTIVE 2.0, dirt adheres less to the slabs’ surface, facilitating its cleaning. This property - called “self-cleaning” - allows for cleaning surfaces by simply using water and mild detergents, thus avoiding aggressive detergents, which are often toxic and more expensive. On external facades, the action of the rain on ACTIVE slabs is enough to keep them clean, with a dramatically reduced need for maintenance.

Comfortable environments thanks to the elimination of bad odours. ACTIVE is able to degrade the main molecules responsible for bad odours. Indeed, the photocatalytic process leads to the degradation of odorous organic molecules that come into contact with ACTIVE surfaces.

In ACTIVE, anti-odour properties were also strengthened thanks to the use of the digital printing technology - which allows for a more homogeneous distribution of titanium dioxide on the surface of the slabs - and thanks to the presence of silver, which is added to the micrometric TiO2 since always used in ACTIVE Clean Air and Antibacterial CeramicTM.